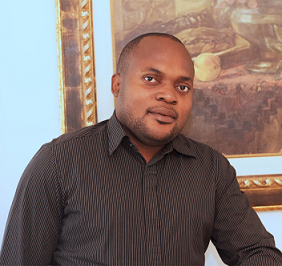 Hugues is a PhD student in the APEAL Lab. He holds an MD from the University of Kinshasa and an MSc in Epidemiology from the Université Laval. He previously worked in both academic research and public health settings. More recently, he worked as an epidemiologist at Ottawa Public Health and joined APEAL in May 2016. Hugues is currently working with the Department of National Defence on a research project that explores six potential effect modifiers of the relationship between traumatic stress exposure and mental health problems in Canadian Armed Forces personnel.

Francois is a PhD candidate in the APEAL lab. He holds a B.Sc. with Honours in biology from the University of Ottawa, and an M.Sc. in Epidemiology from McGill University. He has previously conducted field research on health education programs targeting intestinal worm infections in the Peruvian Amazon. He was more recently involved in various surveillance projects with the Canadian Armed Forces Health Services Group. As an epidemiologist with the Department of National Defence, he has helped develop the Canadian Armed Forces’ new health informatics system for population health surveillance and research.  François’ thesis research is exploring in-garrison predictors of depression incidence and successful depression treatment in CAF personal. 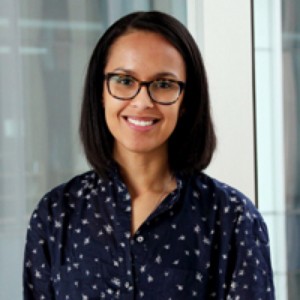 Zahra is a PhD candidate in the APEAL Lab. She graduated with a BSc (Hons) in Psychology from the University of Calgary in 2015. Prior to joining the APEAL Lab in 2016, she worked as a research coordinator in a clinical health psychology lab at the University of Calgary, where she coordinated a pilot trial testing the impact of cognitive behavioural therapy in treating insomnia in pregnant women, conducted psychological assessments, and was involved in perinatal epidemiological research. Zahra’s PhD thesis research involves examining potential biological and psychosocial influences of relationships between prenatal maternal stress and child and adolescent mental health. Outside of the lab, she can be found reading, running, hitting the battle ropes, and generating top-notch academic memes on Twitter (@zclayborne). 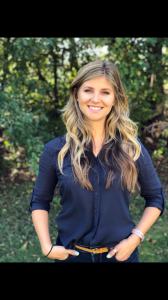 Shannon is a Ph.D. student in Dr. Ian Colman’s APEAL laboratory. She holds a B.Sc in Behaviour, Cognition and Neuroscience from the University of Windsor, and an M.Sc in Neuroscience from the University of Ottawa. In her master’s work, Shannon investigated hippocampal postnatal neurogenesis and its association with the cognitive impairments affecting Duchenne Muscular Dystrophy patients. Under the supervision of Dr. Michael Martin, Manager of the Mental Health Epidemiology branch at Correctional Services Canada (Adjunct Professor, University of Ottawa; APEAL alumni), Shannon’s doctoral research will be to evaluate suicidality in Canadian Federal Penitentiaries 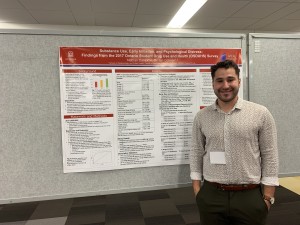 Nathan is an MSc candidate in the APEAL Lab. He holds a B.Sc with Honours in Biology from Queen’s University. His current research interests are substance-use behaviours in adolescents and their influence on mental health. As part of his MSc, Nathan’s Major Research Paper is focused on risk factors for driving under the influence of cannabis in high school students. Previously, Nathan worked in the Ottawa Hospital Research Institute’s Thrombosis Program conducting clinical epidemiological research. He’s currently working as a Research Assistant for the Ottawa site of the Canadian iTRACK study, examining risk factors for HIV and HCV in people who inject drugs. An avid basketball fan, Nathan is looking forward to seeing the Raptors win back-to-back NBA finals this year.